The product liability lawyers at Shoop | A Professional Law Corporation have a deep understanding of medical device litigation. Recently, our team has resolved claims against a medical device manufacturer for $3.1 million. These claims involved implantable, Class III medical devices occurring subsequent to an FDA recall. Our litigation team now also includes a former litigator with the largest biotech in the world. He brings a practical understanding of not only the science - but of the regulatory, and safety approval process involving medical devices. Finally, the trial team at SHOOP Law recently secured a $5.1 million jury verdict with an accompanying award of $3.5 million in punitive damages in a fraud case. Put simply, we understand medical device litigation and know how to try cases.

We are writing to advise of a recent outbreak of superbug infections caused by the use of endoscopes (also known as duodenoscopes). Duodenoscopes are flexible, lighted tubes that are threaded through the mouth, throat, stomach, and into the top of the small intestine (the duodenum). They contain a hollow channel that allows the injection of contrast dye or the insertion of other instruments to obtain tissue samples for biopsy or treat certain abnormalities. Unlike most other endoscopes, duodenoscopes also have a movable "elevator" mechanism at the tip. The design of these devices, however, has also made them difficult to clean, disinfect, and sterilize. This has led to recent cases of infection and even death.

From January 2013 through December 2014, the FDA received 75 Medical Device Reports involving 135 patients in the United States relating to possible microbial transmission from reprocessed duodenoscopes. In addition, in Los Angeles, there may have been as many as 179 patients who have been exposed to Carbapenem-Resistant Enterobacteriaceae, an infection resistant to most antibiotics after undergoing an Endoscopic retrograde cholangiopancreatography ("ECRP") procedure at Ronald Reagan Medical Center at the University of California at Los Angeles between October 2014 and January 2015.

There are currently three manufacturers of these devices. One of the manufacturers, Olympus, does not currently have FDA clearance under 510(k) for one specific model of duodenoscope (model TJF-Q180V). See http://www.fda.gov/downloads/MedicalDevices/DeviceRegulationandGuidance/ReprocessingofReusableMedicalDevices/UCM436588.pdf

Although the FDA has decided not to take any action against Olympus pending its 510(k) application, it made the decision because the FDA felt that removal of the device from the market could lead to an insufficient number of available duodenoscopes to meet the clinical demand in the United States (approximately 500,000 procedures per year). Despite this decision, this means that these allegedly unapproved medical devices are still in use and potentially exposing patients to life threatening injuries.

The attorneys at Shoop | A Professional Law Corporation handle product liability cases involving medical devices in both California and across the nation. We understand the science, we understand the companies that manufacturer these devices, and we know how to win at trial. There is simply no substitute for experience in a complex medical device case. Call us today for a free consultation if you have suffered an injury as a result of a procedure involving a duodenoscope.

Shoop | A Professional Law Corporation
Defective Product Lawyers with a National Presence.
We Get Results. Period. 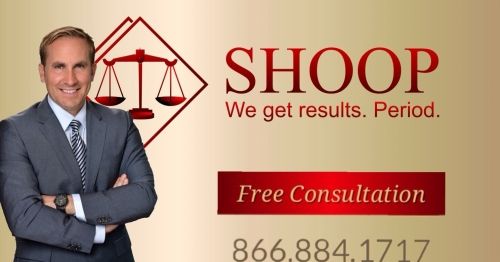